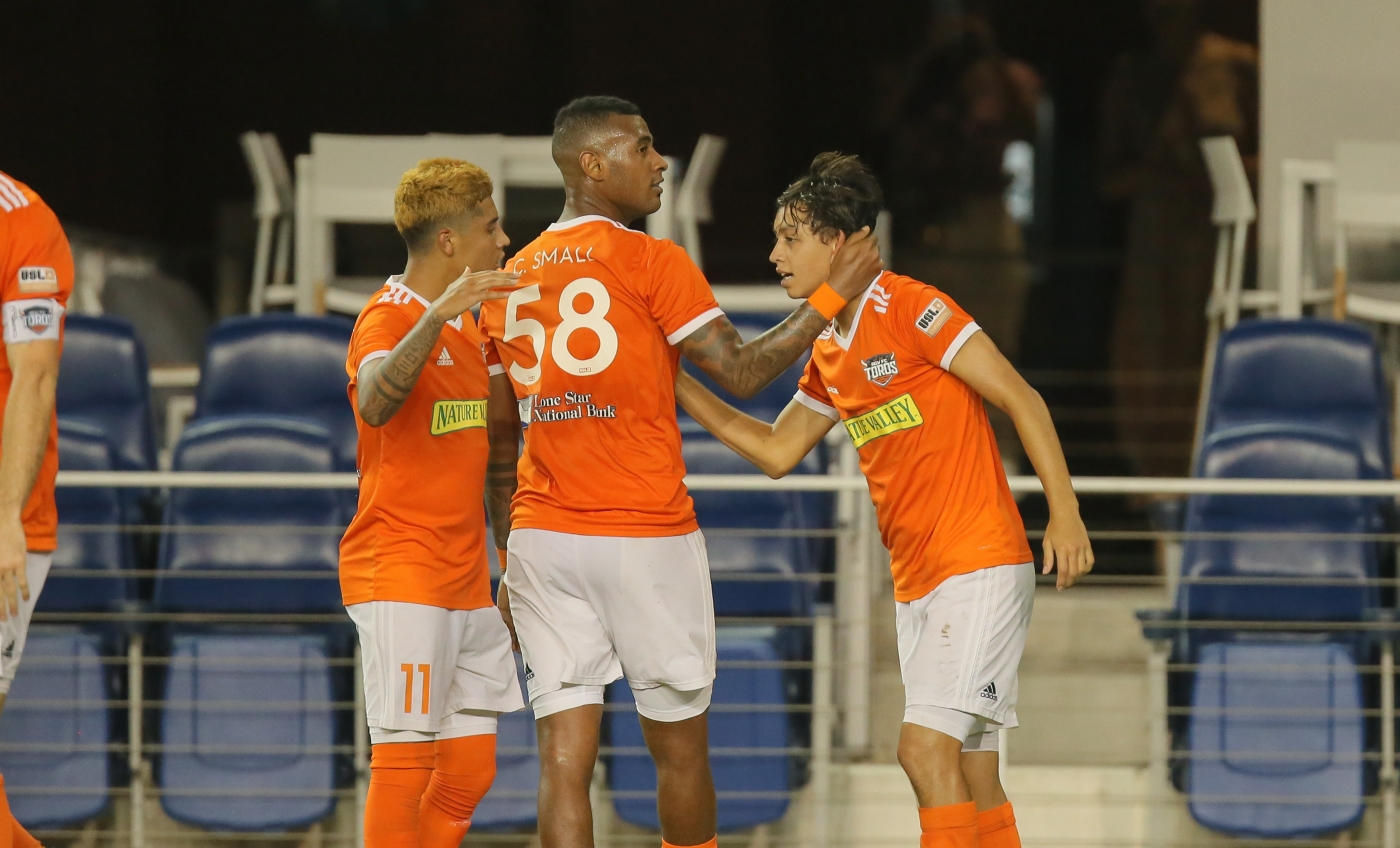 After losing three road games on the road in a row, it was essential for the Toros to get the three points at home to maintain playoff hopes in the very competitive Western Conference.

Colorado Springs came into this game with a two game winning streak after defeating Fresno FC and Tacoma Defiance at home. RGVFC could not play overconfident, even if the Switchbacks were near the bottom of the table.

RGVFC started blazing immediately after the whistle. Camilo Monroy made Switchbacks keeper Andre Rawls work for a save in the 6th minute after a free kick from the colombian.

In the 32nd minute, Romilio Hernández takes a long ranged shot that hits the crossbar. The Toros were creeping closer for the go ahead goal.

As the game went on, RGVFC continued to pressure in the Switchbacks‘s own side of the field, causing many mistakes in their transition.

The pressure finally broke the Switchbacks in the 52nd minute. Isidro Martinez flicks the ball to elude Saeed Robinson out on the right side of the field. Martinez sends a cross that is deflected by Abdul Rwatubyaye and lands at the feet of Wilmer Cabrera Jr., who blasts the ball into the net.

With the constant switching between Jesus Enriquez and Camilo Monroy confusing the Switchbacks defense, the Toros were able to continue to find dangerous chances, causing some desperation on the players.

In the 72nd minute, Camilo Monroy sends a through ball to Carlos Small inside the box. As Small twirled around Kris Reaves, the defender grabs a hold of Carlos‘s shoulder and throws the panamanian onto the ground. The referee did not hesitate to call the foul and Carlos Small is able to shoot it past Andre Rawls for the second goal of the night.

Ten minutes later, the Switchbacks committed the same mistake inside the box. This time, Austin Dewing trips Nico Lemoine inside the box and the referee once again pointed to the spot. Camilo Monroy misses the penalty as his shot hits the crossbar.

The Toros score their third goal in the 85th minute. Isidro Martinez leads a counter attack against a very disorganized Switchbacks defense and takes a shot as he dribbled into the box. The ball is deflected towards Nico Lemoine who sends the cross back to Carlos Small, and the panamanian sends the ball inside the net for his second brace in a row.

With this goal, Carlos Small has scored 7 goals this season, closing in on Michael Salazar, who left for the Houston Dynamo with 8 goals in the USL Championship.

First of all, I want to thank God for the win tonight. It was an important victory for the organization. We knew the streak we had with losing two games and we had the opportunity to win tonight at home and now we are ready for the next game.

Carlos Small on the victory

Coach Gerson Echeverry praised Carlos Small‘s recent performances in the season, mentioning that this run of form came at the time the team needed him the most.

It is important, without goals there is no glory. We know that we are capable of scoring whether it is at home or on the road but now with him [Small] coming into form it gives us another outlet and important piece for other teams to worry about.

In the end, the Toros not only earned a convincing victory, but also earned a clean sheet at home. Nico Corti earned 3 saves in the game, but he admitted that the clean sheet was a team effort.

It’s good to get [the clean sheet] under your belt and remember what it feels like and what it takes to get that, the discipline it takes from everyone on the field, from the forward to all the way down to the goalkeeper.

Nico Corti on the clean sheet against the Switchbacks

The match also marked the farewell to RGVFC Academy product Brandon Morales as he leaves the valley to play for Cornell University.

I’m just grateful for the opportunity I was given to be with the pro team this season. The next step is going to go play college soccer at Cornell University. I’m just happy with my final home game here and luckily we got the W and I leave happy because all my family was here in attendance.

Brandon Morales on his farewell match

With this result, the Toros now sit in 10th place in the Western Conference with 19 points.

The Toros now have to prepare to face the Austin Bold at H-E-B Park on Sunday at 7:30pm.

Join us this Wednesday at 7pm for the next episode of Down in the Valley where we’ll have as special guests the Three Birds Boldcast to talk about the upcoming match.