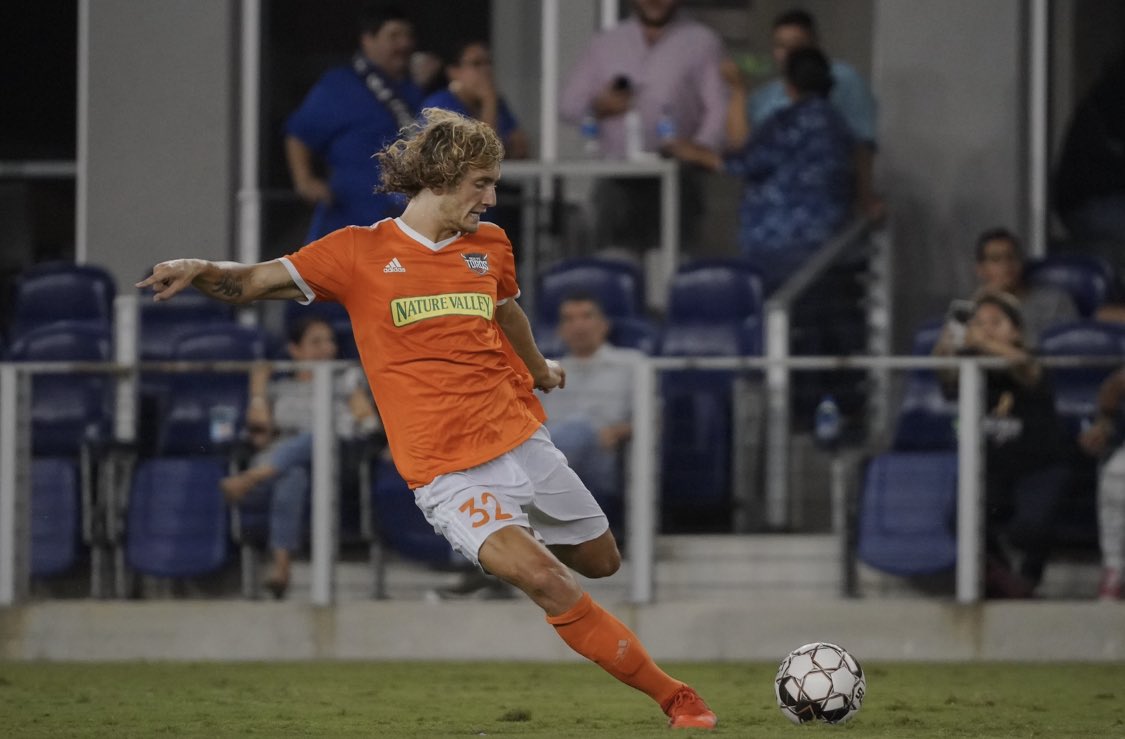 After two years with the USL Championship club, Adams is given the vote of confidence to be a part of the Tab Ramos era.

Houston, Texas – Before the Houston Dynamo‘s Fan Fest officially began yesterday afternoon, the club announced via a press release that New Zealander center back Kyle Adams was signed to an MLS contract for the 2020 season.

Adams, who spent the last two seasons with the Rio Grande Valley FC Toros, had 52 appearances with the club and was captain for most of the 2019 season.

His personal stats of 2019, including 109 clearances and 22 blocked shots, captured the eyes of Tab Ramos and Dynamo General Manager Matt Jordan.

“Kyle has performed well over the course of the last two seasons with our USL team, RGVFC, to earn this opportunity with the Dynamo First Team,” said Matt Jordan. “We like that he is a naturally left-footed young center back who will have the opportunity to learn from our veteran defenders and coaching staff as he continues to develop and grow.”

Kyle Adams now joins the list of former RGVFC players that have made the jump to the Houston Dynamo. which includes Eric Bird, Charlie Ward, and Jose ‘Memo’ Rodriguez.

“I’m very excited (to be) playing for the same organization, getting a chance with playing in MLS is a big opportunity. The new staff is looking forward to the new season.”

Although Adams and the Dynamo have only been training for about a week, he mentioned that Tab Ramos‘s vision of the game may be beneficial to grow his career.

“I really like Tab (Ramos). I really like his style that we are going to play: high press and trying to keep the ball in their half of the field, which is my style from what I grew up playing back in New Zealand.”

With the depth of the Dynamo defense filled with veteran players like Aljaž ‘Kiki’ Struna and Maynor Figueroa, Kyle Adams is aware that he must take advantage of any opportunity to play in this 2020 season, including with RGVFC.

Having said that, he also acknowledged that having those players in the roster could be an opportunity to be mentored by them in order to help him grow in his career.

“I love playing with Kiki (Struna) and Adam (Lundqvist). I don’t know how many years Maynor has left, but the guy has a great career and if I had half a career as him, I’d be pretty happy. I have to learn as much as I can from him.”

To finalize, Kyle Adams sent a message to all of the RGVFC faithful in the Rio Grande Valley who continue to support him and appreciated their support for the past two seasons for both him and the club.

“Hopefully when I come down, I can get results down there and hopefully get the team into the playoffs.”